As the day is about to end, we bring to you the trending Hollywood news. BTS, V, Paris Hilton, Idris Elba, Ed Sheeran and others are a part of our trending Hollywood newsmakers. Here’s a look at why they made headlines. Also Read – Trending OTT News Today: Emmy 2021 winners, Taapsee Pannu’s Rashmi Rocket release date, Divya Agarwal showers praise on Varun Sood’s family and more

BTS’ V feels ‘everything is meaningless’

Like many of us, BTS member are also done with COVID-19. The pandemic is on since more than 19 months now. V wrote on Weverse, “Everything is meaningless..Just want Corona to end.” It seems he even forgot about the Hallowen holiday. “Wow… Halloween day was yesterday.. ? Raise your hands if you didn’t know…” Also Read – Emmy Awards 2021: Kate Winslet, Kaley Cuoco, Michael Douglas, Billy Porter, Elizabeth Olsen and other winners and nominees who slayed the red carpet – view pics

Socialite-entrepreneur Paris Hilton gave a spin of ‘sexy’ to the Disney princess Cinderella for Halloween. Paris shared a string of pictures on social media dressed up as the princess but with a twist. Instead of wearing a floor sweeping ice blue gown, she chose a thigh length ensemble paired with gloves and a tiara. Another spin added to the attire was that all her friends were dressed up as actors of the globally popular Korean show ‘Squid Game.’ “#SexyCinderella plays #SquidGames #Halloween,” she wrote as the caption.

Apart from being a great performer, BTS member J-Hope is a pet lover and his pics with his pawsome friend Mickey (Shih Tzu) always garner love from fans on social media. Speaking about his pet, Mickey, the Korean rapper shared a cute update that his dog’s current favourite person is dad, Hobi.

Ed Sheeran is richest British star under 30 for 3rd year

Grammy winning-singer Ed Sheeran has retained his crown as the richest British celebrity aged 30 and under, with overall worth estimated to have reached 236.5 million pounds. Sheeran, 30, boasts the most-streamed single of all time with ‘Shape of You’, as well as the highest-grossing tour of all time, reports femalefirst.co.uk.

British star Idris Elba has changed his drinking habits as he’s got older because beer is “not so kind on the belly” anymore. He said, “Back in the day I was very into beer drinking but as I’ve got older it’s not so kind on the belly. Having visited awesome places in Japan and from speaking to people who know more than me, I’ve got very into whisky, particularly Japanese whisky. He added, “If it’s the start of a night and we are looking to party and I’m not particularly tired, I’ll kick off with vodka and move on to tequila and tonic – I like to keep it pretty simple.” 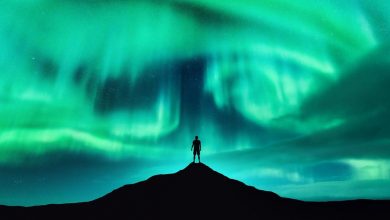