Katrina Kaif and Vicky Kaushal are supposed to be dating since a while now. Though the couple have not confirmed anything, the presence of the actor in and around her residence has sparked off rumours. Katrina Kaif has turned 38 and one thing that fans wonder is when she is getting married. Salman Khan’s close friend and stylist Ashley Rebello wished Katrina Kaif on her birthday by sharing a picture of hers in a bridal gown. He said that he hoped he would see her as a bride soon. Is there a chance that Katrina Kaif is getting married some time in the near future? Also Read – Exclusive! Designer Ashley Rebello reveals how his partnership with Salman Khan began courtesy THIS actress

We can see that Ashley Rebello has wished her in a sweet way. It is natural that people close to Katrina want to her as a bride. We can just imagine how gorgeous she did look in that avatar. The actress has stayed mum on dating rumours all through. Vicky Kaushal categorically said that his personal life is one thing he does not want to be discussed in the media, nor does he have the inclination to give interviews on the same. Ever since the time they came together on Anupama Chopra’s show people marveled at how good the chemistry seemed between the two. Also Read – Met Gala 2019: Priyanka Chopra was definitely more adventurous than Deepika Padukone feels fashion designer Ashley Rebello – EXCLUSIVE

Katrina Kaif was earlier in a relationship with Ranbir Kapoor. They split after six years. The actress stayed single for a long time after that. It seems she did not wish to rush into a relationship. In 2019, Vicky Kaushal also broke up with Harleen Sethi. The couple ended it on an alleged bad note and rumours flew thick and fast. On the professional front, Katrina Kaif has 2 very big projects which includes Tiger 3 with Salman Khan. All said and done, this wish has sparked off a sense of anticipation.

Khatron Ke Khiladi 11: Before the grand premiere, check out how much Rahul Vaidya, Shweta Tiwari and others earn per episode 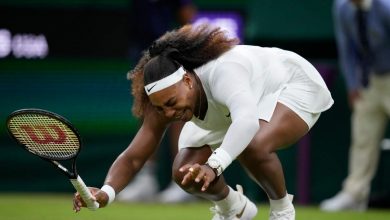