Dynamite, an upbeat disco-pop track that was sung in English, has rewritten history in many ways. It earned the seven-piece band, BTS, its first career No. 1 on the Billboard’s main singles chart and stayed there for months. The septet also received its first Grammy nomination in the Best Pop Duo/Group Performance category with Dynamite. But can you guess who among RM, V, Jin, Jungkook, Jimin, J-Hope and Suga has the most lines in their chartbuster song, Dynamite? Also Read – BTS’ Jungkook is aptly named as the Sexiest Asian Man Alive and here’s proof – view pics

The music video for Dynamite, that topped the Billboard’s main singles chart last year, has earned 800 million YouTube views in January this year. The feat came just a month after it earned 700 million views. Upon its release, the music video for the hit song earned 101 million views in just 24 hours, setting a record as the most-watched music video in 24 hours. Also Read – BTS: Kim Taehyung’s diamond choker is perhaps the most expensive thing worn by any member of the septet

According to KNetizens, the BTS member who has the most lines in Dynamite is none other than Jungkook. He has sung over 73.5 seconds approximately. Jimin follows the trail at 40.3 seconds making him sing the second most lines in the group. J-Hope has the least lines at 8.6 seconds.

However, there are some hidden vocal moments in the song as well. “I’m kind of like in charge of English here, so in many parts of this song, you can hear me singing in the background with a low voice,” RM said in an interview with MTV News. Also Read – BTS: ARMY makes V’s Singularity top Billboard World Digital Song Sales chart on its third anniversary; V creates THIS new record

BTS’ most-watched music video is DNA with 1.1 billion views, followed by Boy With Luv (Feat. Halsey) and Fake Love. The band owns 28 music videos that have been watched at least 100 million times, according to Big Hit. Seven-member superband BTS was the most streamed Korean artiste and global group last year.

Spotify’s data showed that the top 10 most streamed Korean artistes logged a combined 10.6 billion streams in a sign of their growing clout around the world. K-pop soloists and members of popular groups like Girls Generation and BTS who have released solo material led the streaming race in a separate chart of most streamed K-pop female and male artistes.

Here Are The Unforgettable All Stars Returning To The Challenge 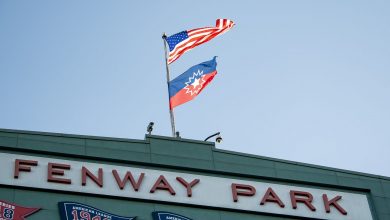 Everything To Know About Juneteenth, An Integral Day In Black History