Bigg Boss OTT has begun and it is completely Over The Top. Karan Nath, Zeeshan Khan, Urfi Javed, Raqesh Bapat, Muskan Jattana, Prateek Sehajpal, Nishant Bhat, Millind Gaba, Akshara Singh, Divya Agarwal, Ridhima Pandit, Neha Bhasin, and Shamita Shetty are the participants this year. The show is themed around #StayConnected this time and the contestants have to play in pairs. While all housemates have their partners, Divya Agarwal has been left alone without a connection and also nominated in the first week. Raqesh Bapat was the one who was the most chosen on the premiere night. Everyone wanted Raqesh as their partner. He became everyone’s choice on the first day itself. Raqesh Bapat has been a part of many TV shows. Also Read – Bigg Boss OTT: The first nominations of the season to be done by the audience live – read deets

He was married to his co-star Ridhi Dogra got divorced in 2019. However, even after their break-up, Ridhi Dogra and Raqesh Bapat remained friends. In an interview with Spotboye, Raqesh Bapat revealed how Ridhi reacted after she learned he is participating in Bigg Boss OTT. Raqesh said he told her for sure and she is worried about how he will be inside. She told Raqesh she doesn’t know how well he’ll do it as he is very different from the people who go inside. Raqesh asked her to wish him luck. Raqesh also revealed that none of his friends from the industry knew about him doing Bigg Boss OTT. He shared that apart from his family only Ridhi Dogra knew about it. He was also asked how he’ll handle the personal attacks by his co-contestants who often bring up personal life in fights. Also Read – Bigg Boss OTT: Shehnaaz Gill’s Mujhse Shaadi Karoge BFF Mayur Verma to enter the show as a wild card? The actor REACTS

Raqesh said that his marriage and divorce are all in the open. “We amicably had a very natural course of getting out of it and still are very respectful towards each other – no mudslinging happened or is going to happen. Nobody’s pelting stones on each other, “he added. Also Read – Bigg Boss OTT: Divya Agarwal and Pratik Sehajpal will be the most controversial contestants on the show? Vote now 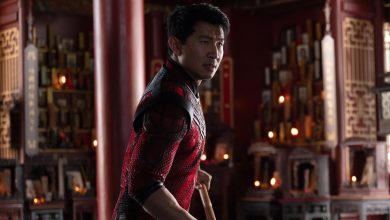