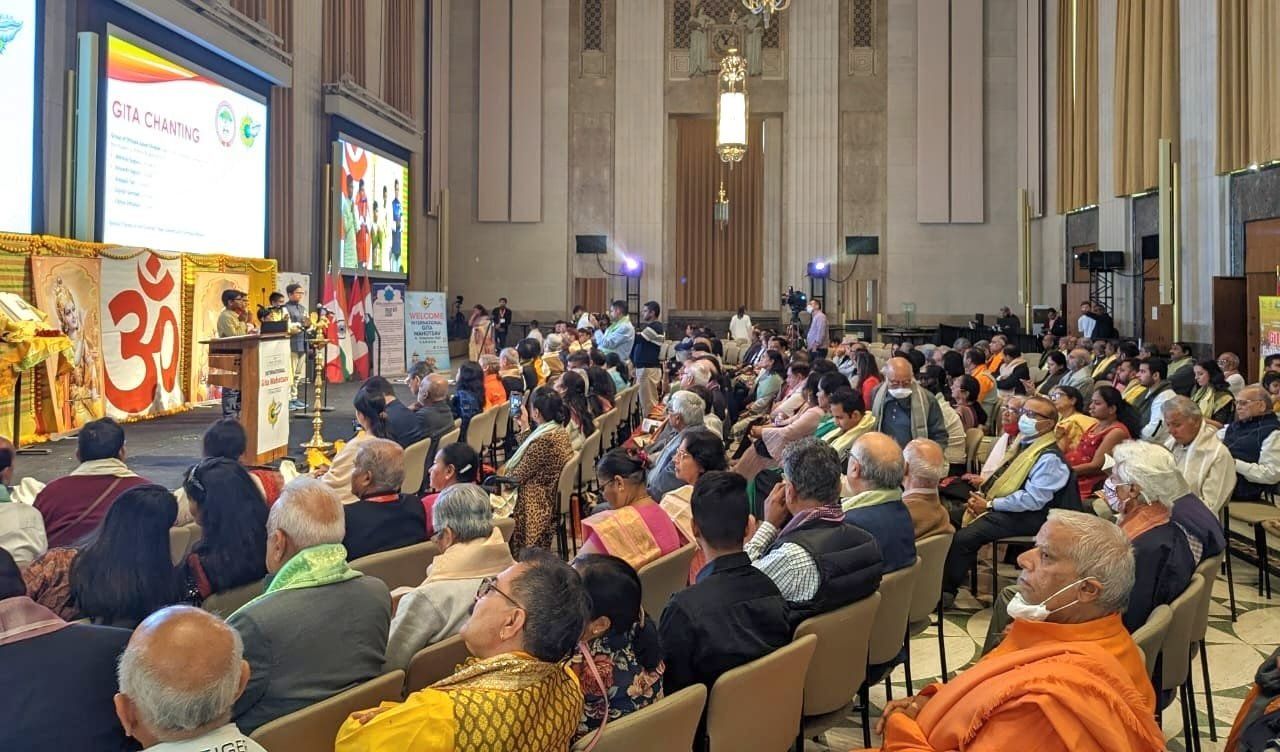 During the program, a video message from the Haryana Chief Minister Manohar Lal Khattar & Yogi Guru Baba Ramdev was also played. In his video message, the Chief Minister said, “With the inspiration of Prime Minister Narendra Modi, we are celebrating Gita Mahotsav at the International level since 2016.” 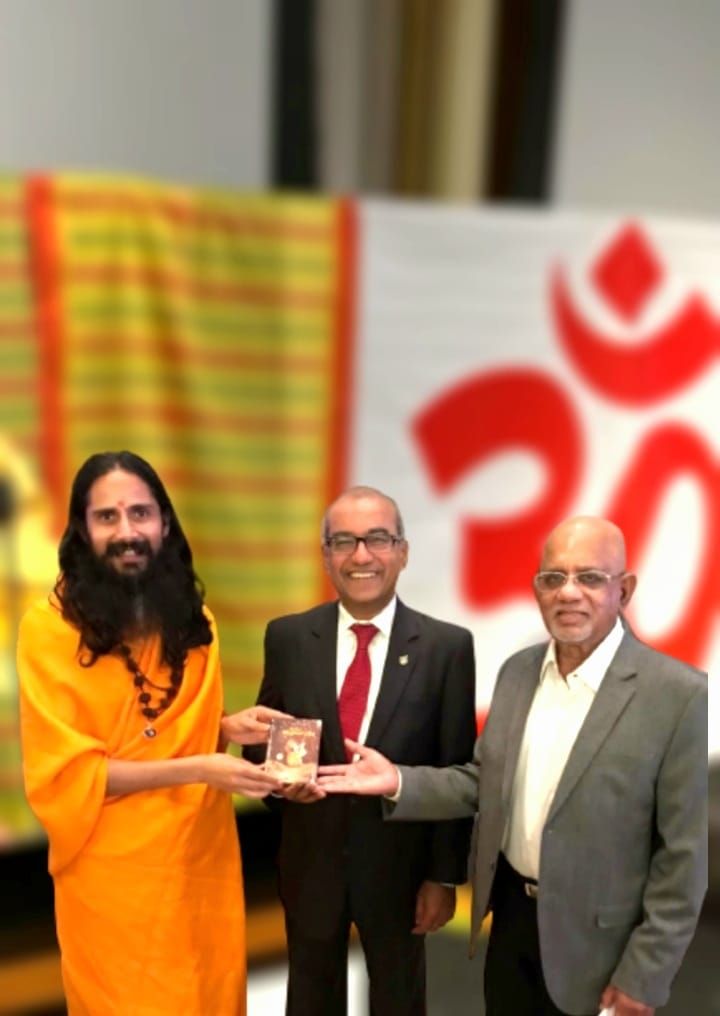 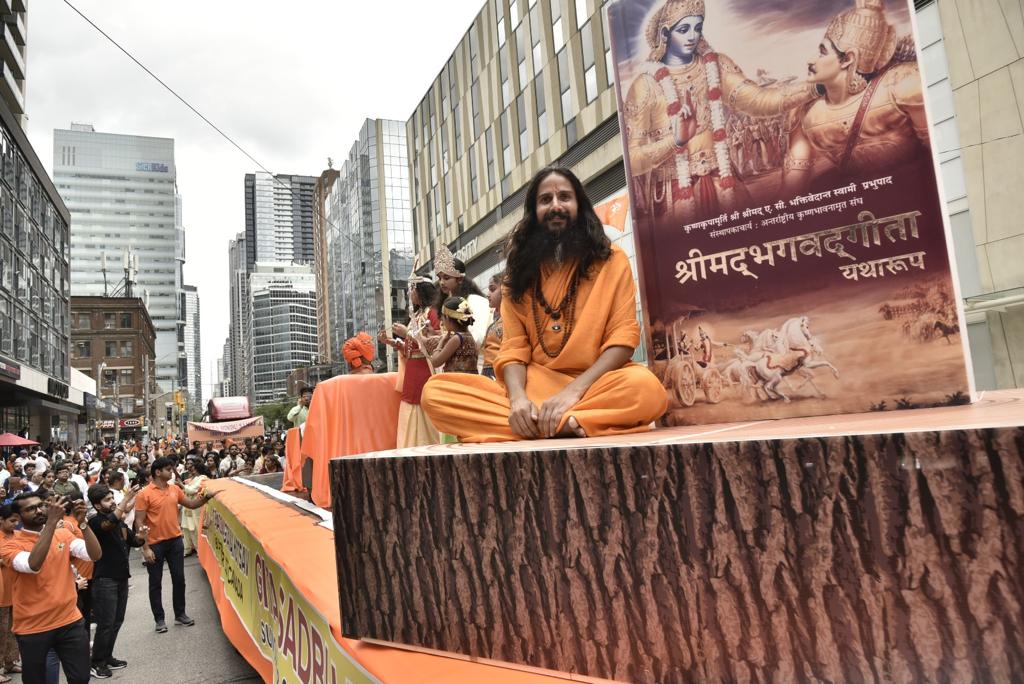 Meanwhile, speaking at the event, Member of Parliament Nepean, House of Commons of Canada, Chandra Arya emphasized his private member’s bill to celebrate November as Hindu Heritage Month. Chandra Arya said, “Government should recognize the contributions that Hindu Canadians have made to the socio-economic development of Canada and their services to Canadian society.”

Later, the Chairman of the International Meditation Foundation Swami Advaitananda Giri highlighted that 32.3% of the overall population in Canada is affected by anxiety or depression disorders. “Bhagavad Gita in life is the solution to overcome sadness or depression. People of other faith follow their own path and that is the solution for them,” Swami Advaitananda Giri added. 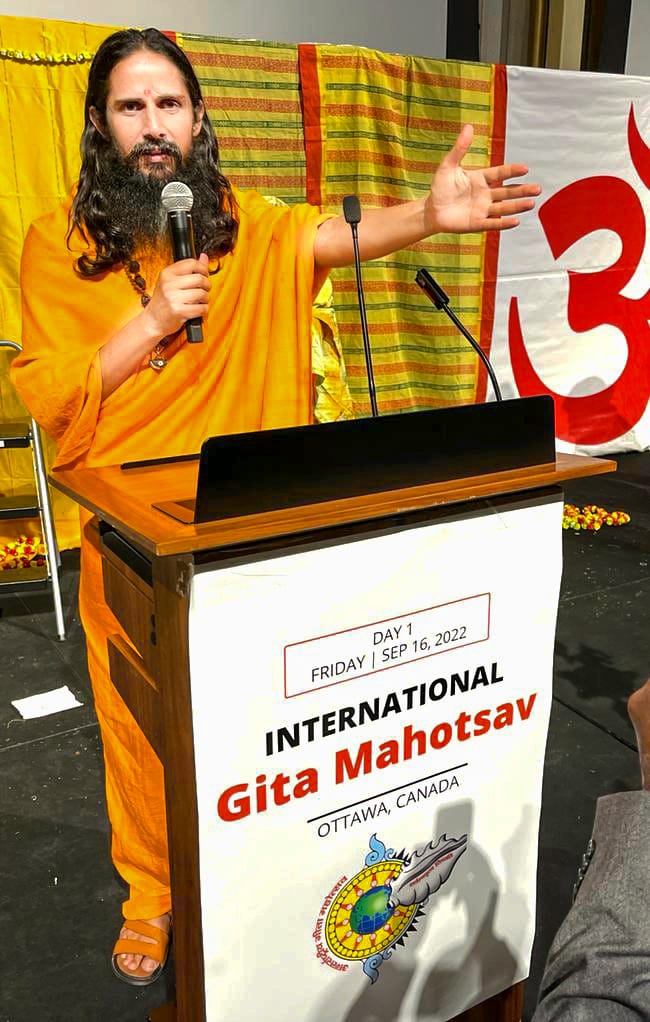 On the other hand, a message from Prime Minister of Canada Justin Trudeau welcoming everyone to Parliament Hill in the Gita Mahotsav was also read out during the program.

The Prime Minister said. “Such events not only bring Canadians together but also greatly encourage them to celebrate their diversity. He said that the message of peace, harmony, and brotherhood taught in the Bhagavad Gita is universal.”